Congratulations to the 2015 Newbery Medal: Last Stop on Market Street by Matt de la Peña and Christian Robinson. Last Stop on Market Street is also a New York Times Book Review Notable Children’s Book of 2015 and a Wall Street Journal Best Children’s Book of 2015.  To read an interesting piece on why the this year’s Newbery Medal is very important for all picture books authors, hop back one day, or hop over to Tara Lazar’s original post. KLR is HERE or at Tara’s HERE.

(This was to be one post, but re-blogging makes a new post, which I forgot about. One of these day’s I will understand all of this internet blogging stuff. Okay, truth be told I won’t remember all of this stuff, but it would be nice if you forget how much I forget. Deal?)

Claude: A Dog of the Sixties

“Perry has his own misadventures when the standard poodle Claude comes to this house. Because of a defect, Claude can’t be a show dog. But he fetches beyond his training, opens doors, and attempts to roam the neighborhood. The spring before the moonwalk, Perry plans a group project about UFO’s, apace travel, and the Dog Star. During this, Claude makes escapes like a canine Houdini. Perry’s father has enough to worry about with the anti-war protester in his history classes. Can Perry turn Claude’s exploring into training?” [back cover]

Review
A small college town in 1968 amid war protests, and long-haired students is the setting for Claude. Perry Brimley is interested in outer space, especially the Dog Star and Draco the Dragon. When he receives a one of the best telescopes for kids for Christmas, looking at the stars become a nearly nightly project. One day, Mom brings home a poodle; a gift for Perry. “Claude the Conqueror” is not a frilly, foo-foo poodle. He is all dog—a little wild, excitable, and very lovable. Perry and Claude become inseparable.

Perry’s father is a grump. He grumps about the long-haired students and war protesters, he grumps about most everything his son, Perry, does or does not do. He seems to have an abrasive touch at work. Eventually someone takes his good shoes and leaves a pair of war boots in protest. Oh, and this man is allergic to dogs. So it is utterly surprising when Mom brings home a chocolate poodle puppy—Claude. 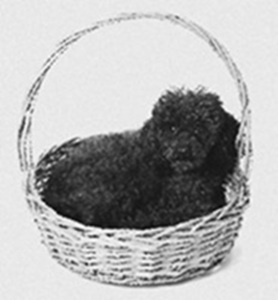 Unlike Holmes other works, Claude is more accessible and a comfortable read. Maybe it’s the familiar atmosphere of moonwalks, space exploration, hippies, war protests, and other 1960’s phenomena. For middle school age kids all of this will be new, yet exciting. Amid Claude’s adventures and mischief, Perry begins an experimental “modular learning” class of four, taught by his middle school principal.

Perry’s father is up for tenure, unsure if he will get, it as he is not well-liked by the students (a mutual feeling). I get the feeling Professor Brimley hopes not to get tenure as his way out of the small town he seems to dislike. The prospect of moving, and his parents constant fighting, makes Perry anxious. Divorce is a fairly new phenomenon in America, yer Perry already has one friend with divorced parents. The father’s unhappiness flows over into home and makes life tenuous. 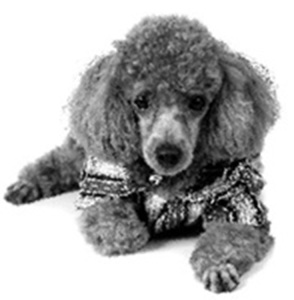 Claude is a quick and easy read. There is no major plot and often the story flows from one vignette to the next. Claude is connected by the two main conflicts: Perry’s new classmates and their UFO assignment, and Prof. Brimley’s stolen shoes (replaced with Army boots). There is a semi-autobiographical feel to the book, as if we are peaking in on Holmes’ childhood.

As with all of Homes books, the writing is excellent. Claude is a lighter read with a good deal of comic relief, thanks to the poodle. Kids looking for a fun dog story will like Claude, but may not understand the father’s conflicts and situations. Claude is a vignette of life in 1960’s Vietnam Era America—the last of the 1950’s optimism losing ground to peace rallies, wars protests, and sexual revolution—wisely not mentioned in Claude—of the 60’s. I am afraid adults will enjoy Claude more than kids, though it is accessible to middle graders. Perry’s part of the story is good fun. The real star of Claude: A Dog of the Sixties is a chocolate brown standard poodle, with bowlegs, and a pedigree, named Claude.

CLAUDE: A DOG OF THE SIXTIES. Text and Images copyright © 2015 by Katherine L. Holmes. Reproduced by permission of the publisher, Couchgrass Books, Duluth, MN.

Purchase Claude: A Dog of the Sixties at Amazon

.
CLAUDE: A DOG OF THE SIXTIES. Story & Images copyright © 2015 by Katherine L. Holmes. Used by permission of Couchgrass Books.

.
Full Disclosure: Claude, a Dog of the Sixties by Katherine L. Holmes, and received from Couchgrass Books, is in exchange NOT for a positive review, but for an HONEST review. The opinions expressed are my own and no one else’s. I am disclosing this in accordance with the Federal Trade Commission’s 16 CFR, Part 255: “Guides Concerning the Use of Endorsements and Testimonials in Advertising.”