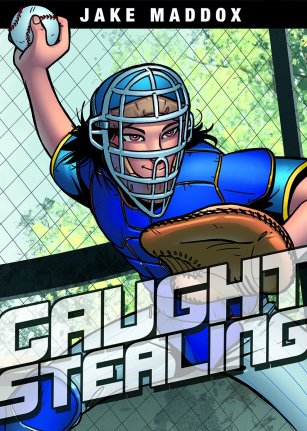 “Seventh grader Ian Shin loves his baseball team—they’re like a family. So when Ian’s dad’s valuable signed baseball goes missing after a team sleepover, he can’t believe it. The culprit could only be the team’s new pitcher, Hunter Yates. Ian’s suspicions only grow stronger when Hunter shows up with a brand-new glove at practice the next day. The big game is coming up, but can Isn rust his teammates and work together to bring the team a win?” [back cover]

The Story
The Scottsville Knights youth baseball team starts the new baseball season with a squeaker, winning 2-1 in the final inning. New pitcher, Hunter Yates, delivers a burning fast pitch; catcher, Ian Shin, can feel the burn through his thick catcher’s mitt. Trust, cooperation, and synchronicity are important traits of good pitcher-catcher winning combinations. The two boys are a deadly duo. But an old baseball might tear the boys, and the team, apart.

After the game, the team celebrates with a sleepover at Ian’s home. Hunter, the new kid on the team, arrives late, feeling out-of-place. Not long after he arrives, Hunter leaves the party early, but not before Ian shows his teammates his father’s collection of sports memorabilia, including an “ancient,” yet treasured baseball. 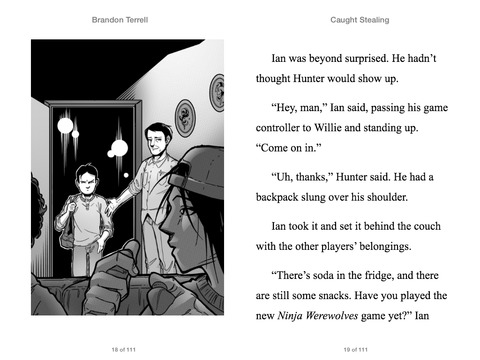 The next day, Ian sets to work cleaning up the sleepover mess in the basement. The door to his father’s office is open—and the baseball signed by Cincinnati Reds catcher Johnny Bench is gone. Circumstantial evidence points to Hunter. Did he steal Mr. Shin’s prized baseball? With a huge game on the line, will Ian be able to trust his pitcher?

Review
I like sports books, especially children’s sports books, because they weave such good, action-filled stories. Caught Stealing, one of four new Jake Maddox sports-themed chapter books from Stone Arch Books (Capstone), and the first I’ve had the privileged to read, is no exception. Caught Stealing dives right into the game beginning with the first sentence,

Though baseball is a team sport, Caught Stealing centers on the pitcher-catcher duo of Hunter Yates (from the other side of town; uses a tattered glove) and Ian Shin (leads a relatively comfortable life; uses a good, if not new, catcher’s mitt). The team is close, with most of the players returning from the previous season. Hunter is the new kid, yet such an amazing pitcher for a kid his age the team immediately accepts him.

Caught Stealing revolves around assumptions versus facts; jumping to conclusions and accusations versus fairness. Ian assumes Hunter stole the baseball simply because Hunter was alone in the basement. Just as Ian decides he could be wrong, Hunter arrives at the next game with a brand-new glove. Ian makes another assumption and accuses Hunter on the spot, causing the first physical team ruckus. If Hunter is innocent, what happened to the prize Reds baseball, signed by baseball icon Johnny Bench, a Hall-of-Fame catcher?

This situation—jumping to conclusions—probably happens on a daily basis in any middle grade school. Caught Stealing can help readers understand that fast accusations, with no credible proof, are a bad play to make. Sometimes a situation is not what is appears to be on the surface. Caught Stealing wonderfully captures Ian’s emotions. He is terrified his father’s most important possession is gone and desperate to get it back before anyone notices it missing. Kids will love Caught Stealing. Being a fast read—62 pages—one can read Caught Stealing in one sitting. Reluctant readers will find the short chapters to their liking.

The back matter includes discussion questions, writing prompts, and a short baseball dictionary, sure to please anyone who needs a quick, basic education in baseball.

Stone Arch Books is an imprint of Capstone.

.
Full Disclosure: Caught Stealing (Jake Maddox Sports Stories). Text and illustrations copyright © 2016 by Stone Arch Books. Text by Brandon Terrell. Illustrations by Aburtov, and received from Stone Arch Books, (a Capstone imprint), is in exchange NOT for a positive review, but for an HONEST review. The opinions expressed are my own and no one else’s. I am disclosing this in accordance with the Federal Trade Commission’s 16 CFR, Part 255: “Guides Concerning the Use of Endorsements and Testimonials in Advertising.”