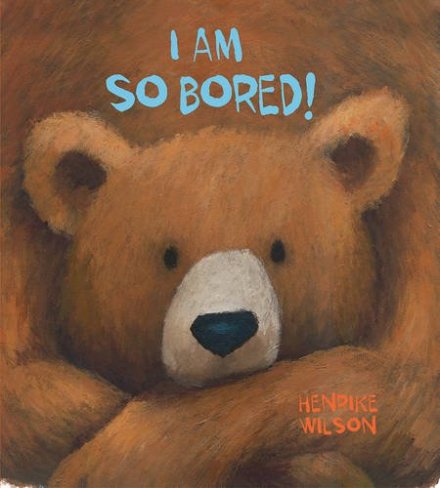 I Am So Bored!

.
“Little Bear is SO bored. And everyone else in the woods is busy, his friends, his Mama Bear. Finally, he is so bored and tired he just lays down in the soft grass. Little Bear lays there and looks in the sky, opens his mind. And that’s when ‘magic’ happens.

“I Am So Bored! is a beautiful, soft, and gentle story about the power of imagination, and taking time to let that happen.” [INSIDE JACKET—EXACTLY AS WRITTEN]

Review
Oh, to be bored. Bored and alone. Everyone is busy and there is no room for you to join. You are so bored. Little Bear can relate. 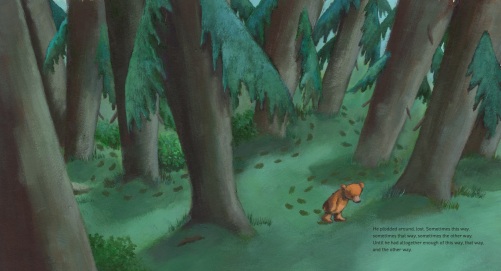 Little Bear is so very bored. He goes from friend to friend and even his Mama Bear, but they are all too busy. Little Bear begins to wander, but after a while he lays down, still bored. Little Bear starts to notice his world, like birds chirping in the trees and a mole under his nose. Little Bear is fascinated. He learns when he is quiet and waits for something to happen, something will. Something always happens if you just wait.

In I Am So Bored, Little Bear learns to wait, to be still and quiet, and to notice things he normally did not notice. He uses his imagination when trying to imitate these animals, like when he flies through valleys and meadows all the way home as a giant eagle; the “King of the sky.” Little Bear learns being bored is not necessarily a bad thing. Patience and imagination can turn a bored day into a fun, exciting day of new discoveries. 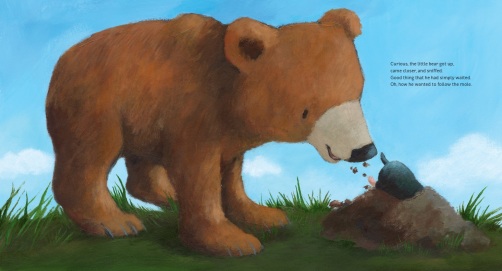 The illustrations are cute in its tones of greens, browns, and blues. The clouds look as fluffy as real ones, making it easy for Little Bear to notice them when they blow around. Young children will enjoy finding things in those clouds just as much as Little Bear did. In a couple o incidences, the black text is difficult to read when laid on the dark green background.

Young children will like Little Bear and I Am So Bored! Little Bear is an inquisitive little bear. If a child has ever been left out or simply bored, reading I Am So Bored will give the child constructive ideas on discovering the world around them—even just the backyard—if the parent follows up with suggestions.

From the back cover (“Boring Isn’t Always Bad”), it seems Little Bear may be back in a sequel. Of course, this could be just me, quietly waiting and hoping something will happen. It is not difficult to imagine Little Bear in his woods entertaining little children.

I AM SO BORED! Text and illustrations copyright © 2016 by Henrike Wilson. Reproduced by permission of the publisher, Sky Pony Press, New York, NY.

Find I Am So Bored! on Goodreads HERE.