A Cybils Awards Experience and the Finalists

January 1st was Cybils Awards Day, and what was am I doing? Watching football. Oh, my, what was I thinking? The finalists were announced and include the picture books and board books I helped nominate. I have been trying to get on a Cybils team for four years and finally made it. I was a first round judge for picture books and board books. Oops, did I already mention this? I’m still feeling excited about this new adventure.

Well, when I saw the number of picture books nominated—212—and those for board books—41—needing to read each one, I was a little scared. This is a lot of books, even if most were a mere 32 pages. Anyone who reads picture books regularly knows “a mere 321 pages” is a terrible misnomer. Many picture books are HUGE in writing and illustrating. It took three days at the library and I still did not get them all done. Narrowing those books down to a mere seven PB and five BB was daunting. And coming to a consensus was , well, easier than I ever would have imagined.

Here are the finalists for Fiction Picture Books.

A Hungry Lion, or A Dwindling Assortment of Animals 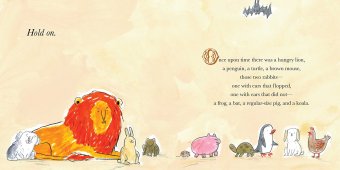 One Day in the Eucalyptus, Eucalyptus Tree
by Daniel Bernstrom
HarperCollins
Nominated by: Heidi G. 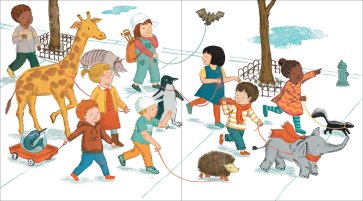 The Night Gardener
by Terry and Eric Fan
Simon & Schuster
Nominated by: Betsy 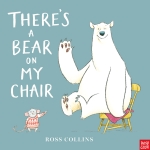 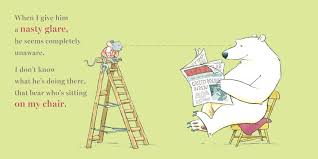 They All Saw a Cat
by Brendan Wenzel
Chronicle Books
Nominated by: PragmaticMom

The truth is, it was a fantastic experience I hope to do again . . . and again. I love picture books. Being a judge allowed me to read a lot of picture books. Then there were the board book. First time a Cybils Award is being given for a board book. The nominees were terrific, but it was easier to make a shortlist for those books and easier still for the seven of us to get our final nominees. I’m not sure why board books were easier . . . or, maybe I do, but cannot tell you. It is a new category, so the mystery needs to stay in place at least for a few years. Being a Cybils judge wqas hard work, took a great deal of time, and much reading and locating of books. In the end, I would do it all over again. Maybe new year.

Board books is a new category starting this year.  Here are the finalists in Board Books. 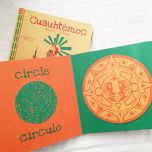 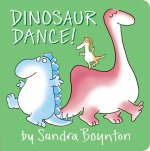 Follow the Yarn: A Book of Colors
by Emily Sper
Jump Press
Nominated by: ediew 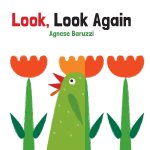 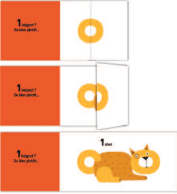 CONGRATULATIONS to all the FINALISTS!

To read a blurb about each of the above books, go to the Cybil Awards website. There, you can see the finalists for each category. Also new this year:  Audiobooks. If you ever get the chance to be a judge for the Cybils Awards, take it. You will do an enormous amount of reading, but this is one of the best positions I’ve held in the kidlit community. It will be hard to beat.

9 thoughts on “A Cybils Awards Experience and the Finalists”