.
“Merlin’s magical pup and his
story will make you howl.

“My pack mates Merlin and Morgana spend all day behind the study door practicing magic tricks. What about me? If it’s a trick they want, I’m their dog! I can already Sit!, Stay!, and Roll Over!

“But there’s no way I’m Stay!ing when my master, Merlin, is kidnapped. I’m his best friend. There’s nothing I won’t do to get him back, even if it means facing the strange Fae people and their magic-eating worms, or tangling with the mysterious Sword and Stone. No amount of danger can keep me from Fetch!ing Merlin.” [INSIDE JACKET]

Review
[WC 578]
The Wizard is Merlin, and his dog is Nosewise, a rescue dog living the dream of a furrever home. There is also twelve-year-old Morgana, the third member of Nosewise’s pack. But Morgana has found her father and she has been talking to him in the garden, past the Wall of Trees. One day, her father will come for her, but for now, she is Merlin’s apprentice and teaches Nosewise a bit of magic.

Nosewise loves Merlin beyond anything else. Once Lord Destrian kidnaps Merlin, Nosewise will do anything to find and rescue him. Like all heroes, Nosewise needs a sidekick. He finds his in Arthur, the poop boy at Lord Destrian’s castle. Arthur is tired of his life scooping scat. Soon he and Nosewise are chasing Lord Destrian through the Otherworld and beyond. Arthur will need to find a source of courage to be of any real help, but like the loyalty a dog has to the one who rescues him, Arthur develops loyalty for Nosewise. Together, they face much danger in their search for Merlin.

The Wizard’s Dog is a take on The Stone and The Sword, the Legend of King Arthur, Avalon, and much more. Gale expertly weaves the characters and the legends into an exciting fantasy that keeps readers glued to the pages. Nosewise is a likeable, loveable, and loyal dog. His voice and understanding of human speech is often the source of well-spun humor. Think of common dog behaviors and then question why humans do not do such behaviors and you have the source of much of Nosewise’s questions regarding man. Such as: Why do we humans not smell each other’s rear ends, as there is so much one can learn from doing so. Dogs can find out another dog’s age, general health, and what they last ate, all by smelling its rear-end. (It could put veterinarians out of business.) 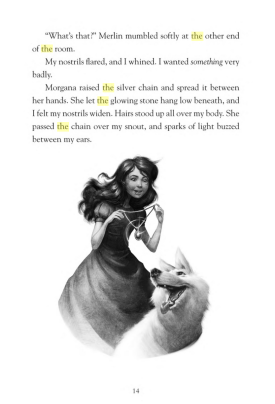 Nosewise is a hero, similar to Lassie. But while Lassie’s vocalizations could be understood only by Timmy, Nosewise can understand and be understood by all thanks to his human speech—as long as he wears an asteria, Merlin’s magical stone. An asteria also gives Nosewise the ability to perform basic magic, a skill he’ll need to rescue Merlin. Without the stone, Nosewise is simply a canine, though one of the most loyal and bravest canines to go up against magic.

As narrator, Nosewise tells a compelling story using his canine/human perspective. Kids will love The Wizard’s Dog for its action, fast-paced story, and canine humor. Eric Kahn Gale’s middle grade novel is spot-on storytelling. He expertly weaves the various characters and scenes into a wonderful story. As a trilogy, I cannot wait to read the pack’s next adventure. Now that Merlin understands Nosewise can do a little magic, maybe Nosewise will become a new apprentice and learn more. 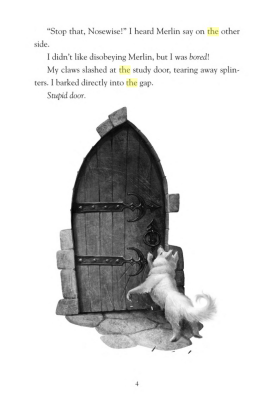 Whatever the storyline, The Wizard’s Dog, Book 2 will use its magic to keep us following Nosewise and his pack through old legends and new adventures. Though I am not sure how Gale will top this first book. Nosewise has already faced Lord Destrian and King Oberon—two of the most devious and dastardly antagonists any hero could face. They could not be any worse if they were one in the same. King Oberon is also the most physically knotted character I have ever met.

Whatever the next adventure, I hope Nosewise continues to narrate. The Wizard’s Dog is a fun fantasy kids will gladly devour.

*(From the Author’s website: “Further novels find our heroes searching for the Holy Grail, the lost city of Camelot, tangling with dragons and the Queen of Dreams. Nosewise finds himself in the very center of the world of Arthurian Legend.” —So there you have it. I cannot wait to read the rest of this trilogy—and I am not a big fan of fantasy.)

Add THE WIZARD’S DOG to Your Goodreads Shelf HERE.
Teacher’s Guide is HERE.