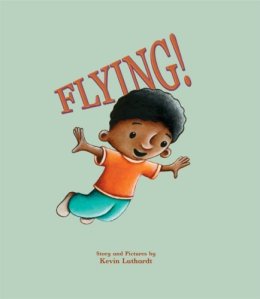 “Because, son, you don’t have wings!”

‘A simple question posed by an inquisitive young boy triggers a playful exchange between father and son. An answer leads to another question and then another and another, until the father surrenders and happily joins his son in an imaginative flight of fancy.’

“The young boy is reading a book titled Big Book of Birds and envisions himself flying with all sorts of colorful birds.”

A young boy, while reading about birds, asks his dad why he cannot fly. Dad tells his son he it is because he does not have wings. Dad stands on one foot, arms out to his sides, holding a newspaper section in each hand, looking like hawk. His son is not so easily satisfied, asking, “But . . . why don’t I have wings?” 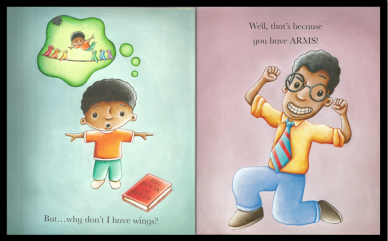 Dad gets down on one knee, arms bent and, showing off his muscles, he says, “Well, that’s because we have ARMS!” The youngster thinks and then asks why he has arms. One would think the father, interrupted while reading his newspaper, would get exasperated, but instead he tells his son,

“To hold up your HANDS, of course.”

“But why do I have hands,” the son asks.

Dad grabs his son, swings him in a circle, and then tosses him in the air. That is why you have hands. Still holding his son, dad looks the boy in the eye and says, “And . . . FLYING!!!” Over dad’s head, the young boy flies up among the various colored birds. He can fly.

Can you fly? Ask any young child and they will wonder, “Why not?” Of course, why not. Flying is an imaginative ride shared between father and son.  I imagine planes and birds take off in living rooms all over the world. Kevin Luthardt captured this time-honored passage in all its imaginative fun. There are not enough books about fathers and sons. 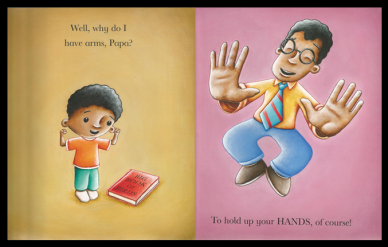 Young children will love Flying because they love to fly. Not only will they want this book read to them often, they will want it acted out as well. After a few reads, I imagine a young boy—or girl, they can also fly—walking up to their father—or mother—and asking, “Papa, why can’t I fly.” This will probably now be code word for “I want you to help me fly.”

I love that thought. The thought that one small book, one 32 page picture book can bring fathers and sons—mothers and daughters—together to read and play. How could you not play after reading Flying? Unfortunately, this may not be the best bedtime book, unless dad lets his son book a later flight. 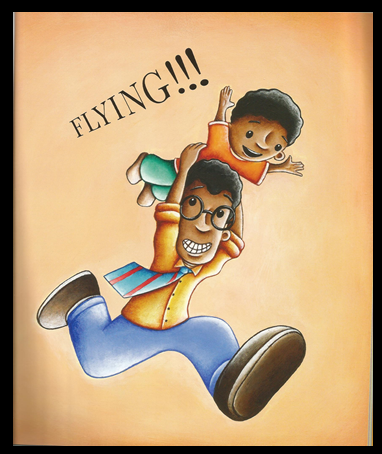 Young children will love Flying; the book and the game. The illustrations fill the page with bright colors, the birds in particular. Both characters have large and alert bright eyes. Color fills the page. Flying is a book that is difficult not to like, not to smile upon seeing, and not to play out after reading. Parents will love this book as much as their child will. 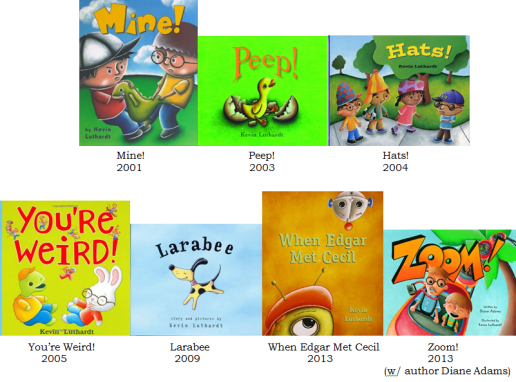 NOTE: THESE ADS ARE NOT PLACED HERE BY KID LIT REVIEWS