Clifton Chase and the Arrow of Light

“You must take it,” Edward said as he shoved the glowing shaft toward Clifton’s chest. “If my uncle gets this Arrow in his hands, the entire kingdom wil be in danger. It will remain safe with you, in your world.”

“But, I’m just an ordinary boy,” Clifton said. “This isn’t my problem.”

Edward stepped closer, his face no longer resembling a boy of Clifton’s age, but for the first time he looked like a king. “You are the one, Clifton. The arrow has chosen you.’’

“The thought that this was a brainless thing to do neer crossed Clifton’s mind, until now. Fumbling to fit his bow, he waited for the instructor to give the command as a crowd of seventh graders gathered around him. Obviously the word had spread, and fast, that he had taken the bet with Ryan Rivales after all.”

Clifton Chase finds an old, brittle arrow in the back of his closet. He brags at school what a great, valuable arrow it is, ending with a bet against new kid, Ryan Rivales—a real pain in Clifton’s butt. Should Ryan win, he gets the arrow. Should Clifton win, he gets Ryan’s bow, a valuable emerald green binary compound bow. The morning of the bet, the arrow lights up. Clifton is no longer sure Ryan has taken a sucker’s bet, but pushes the thought out of his mind. The arrow is actually the Arrow of Light from long ago. The one who possess’ the arrow controls the land, making the arrow very desirable for many rulers in 1485 England.

The Arrow of Light transports Clifton to a time in history when King Edward has passed away, leaving his son, Edward V as the new ruler. But King Edward IV’s brother, Richard, imprisons his nephews and steals the throne of England. Clifton, chosen by the arrow, time travels to England, nearly 600 years prior, so he may help win back the crown for Edward V, the true heir. There is one little problem, King Richard knows Clifton is in England with the arrow. The king wants Clifton killed so he may possess the Arrow of Light with its wisdom and eternal life. Clifton’s role is to use the Arrow of Light to kill King Richard, which returns the crown to the rightful heir: Edward V. 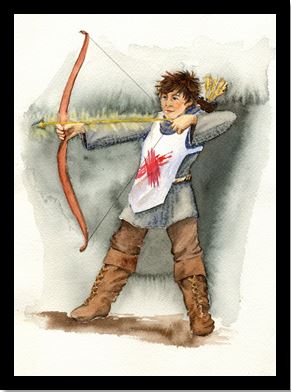 Clifton Chase and the Arrow of Light turned out to be a fantastic story of one boy’s struggle with himself and his legacy. Kids will love this time travel novel based on a time in England’s history. There are light-hearted moments, crazy situations, historical references, and a relatable story for every kid who reads it. The adventure takes Clifton from his childhood problems with a new kid—a bully with the ability to gain other’s sympathy—to the problems of Edward and Richard, two English princes his own age, but from a much earlier time. Dane, a brave dwarf with passion, loyalty to Edward and Richard, but little patience, guides Clifton. A large bird created before anything else aides Dane and Clifton. Simurgh, the humungous bird, had the face of a beautiful woman on the head of a dog. The Arrow of Light contained some of Simurgh’s feathers, giving the one whom the arrow chooses eternal life and wisdom.

Kids will enjoy the adventure that leads Clifton to a destiny not of his choosing, but which he takes on slowly. Clifton also has a crush on a young girl, with whom Ryan is now acting chummy. Clifton has many reasons to get back home, but only one way to get there—by fulfilling his legacy. I like that Clifton is a great shot, but not willing to kill a person. Clifton is not sure he can actually kill King Richard. No one pays attention to Clifton, convinced he is the one that must shoot the king.

The writing is very good and draws you into the story. I did not want to leave until the last page was turned. If this is not a series, it should be. Clifton could help solve all sorts of historical problems. For me, there is at least one thread left dangling with questions. Ryan Rivales. The new kid, who travels from school to school with his military father, seems to have more to reveal. This kid shows up mid-school term, rivals Clifton from the start, tries to steal the girl Clifton has a crush on, but most importantly, Ryan takes on a bad bet with Clifton.

Why would Ryan agree to a bet in which he wins a crappy arrow but loses his expensive, new exquisite bow? He bets a great, expensive bow to Clifton’s bad, brittle, ancient arrow. It seems Ryan must know the arrow is more than it appears . . . or maybe he came to retrieve the Arrow of Light. He is very upset when Clifton tells him the arrow shattered upon impact. This leads me to think he is there to get the Arrow of Light for himself or someone else—maybe even King Richard, though I doubt it. Ryan does not go away once Clifton returns to school, mission accomplished. Something else is up with this Ryan kid. 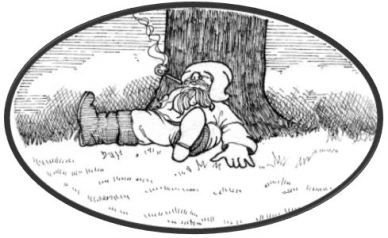 There are black and white illustrations at the top of each new chapter. They help the reader visualize the time, place, and what of the story. One is of Dane, relaxed against a tree, pipe in his mouth. Another has Clifton in his bedroom, a nice contrast to the English scenes. I enjoyed these illustrations, thinking of them as a clue to the chapter.

Clifton Chase and the Arrow of Light, a middle grade novel, will entertain its readers. Kids, mainly boys—and girls who like adventure or simply a well-told story—will enjoy this spunky tale of history. Beginning with Chapter 1, the reader is hooked. Can history be changed by someone time traveling? Can Clifton’s take down Richard III who stole the crown of England? There are many others after the Arrow of Light beyond King Richard, including an underwater King with devious intentions. 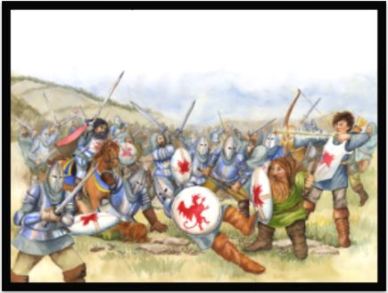 Excerpts from Chapters 1 through 6 begin HERE.       Just for Kids–look HERE.

Chapter 1 in audio is HERE.

Learn more about Clifton Chase and the Arrow of Light HERE.

Purchase Clifton Chase and the Arrow of Light at Amazon 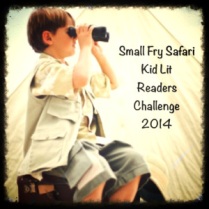 NOTE to my Readers: I am so sorry I have not been able to reply to your comments the same day, BUT I do reply to each one . . . eventually. Usually within two days, and I am trying to get it back to the same day. I miss the connections and the back-and-forth that sometimes occurs.

13 thoughts on “#494 – Clifton Chase and the Arrow of Light by Jaimie M. Engle & Debbie Waldorf Johnson”