“CALLING ALL GLOBE-TODDLERS!
Take a Tour of New York and London!

“Take a whirlwind tour of the Big Apple: cheer with the roaring crowds at Yankee Stadium, chug along peacefully on the Staten Island Ferry, wonder at the bright lights of Times Square, and say good night to the famous New York City skyline.

“Then cross the pond and explore the city on the Thames: feed the pigeons in Trafalgar Square, watch the changing of the guard at Buckingham Palace, marvel at ehe spinning lights of the London Eye, and say good night to London’s landmark skyline.” [PRESS RELEASE/BACK COVERS]

.
Review
[WC 452]
After all the sightseeing is done, author Jennifer Adams uses the final spread to give readers information about each of the 20 sights found in both books. As you turn the thick, difficult to tear, toddler-proof pages and you find yourself lost, check out the last spread for help. A matching image, along with the bonus information, will help you get back on track.

Greg Pizzoli’s slightly cartoonish illustrations will delight young children and parents. The images are colorful and filled with diverse populations. Check out the details. Occasionally a humorous addition to an illustration, such as the foreground pigeon watching the group of pigeons gathered around Admiral Lord Nelson’s statue or the updated Statue of Liberty.

My Little Cities series is a perfect fit for travelers needing to introduce their toddle to a new city. Adams’ describe of each attraction, finds a way for each sight to stand out and be remembered in little minds. Travelling or not, children will love My Little Cities. As they check out each city, they will be learning and adding to their vocabulary. 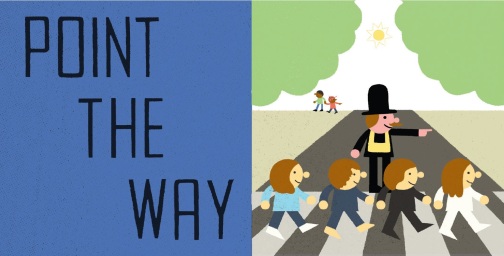 My Little Cities: London—Toddlers will enjoy a day in London. Start at the castles at the Tower of London (“Building Old”) and the very tall 95-story Shard (“Building New”). In London, toddlers can feed all the pigeons at Trafalgar Square (“Here are Many”), check out the dinosaurs at the Natural History Museum (“Here are Few”), and ride an iconic double-decker bus to Piccadilly Circus (“Raining Soft”)—sorry no clowns. History comes alive across London. The Tower Bridge (“Raining Hard”) won’t come falling down. Hey Jude, walk like a Beatle across Abbey Road (“Point the Way”), try to crack up the guards at Buckingham Palace (“Change the Guard”), and then ride high above the city on the London Eye (“London Lights Up So High”). Finally, the day all but gone, say goodnight in a hot air balloon as Big Ben strikes twelve (“See the City from the Sky”). 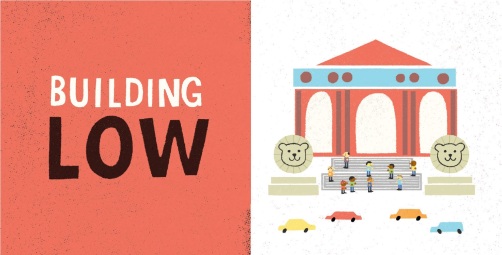 My Little Cities: New York—Toddlers can take a stroll through the highlights of New York City. Check out two iconic buildings: the Empire State Building (“Building High”) and the New York Public Library (“Building Low”). Take the subway (“Moving Fast”) to your next sight or ride a ferry past The Statue of Liberty (“Moving Slow”). There are so many things to do in New York. Watch a Broadway play (“Listen Quiet”), shop and see the lights on Times Square (“Listen Loud”), people watch in Central Park (“Sit Alone”), cheer on your team at Yankee Stadium (“Or In a Crowd”), and finally, ride and play at Coney Island (). When the day is through, wind down gazing at the Brooklyn Bridge skyline (“New York Good Day / New York Goodnight”)

“This charming set consists of a box that transforms into a New York City block. Inside are eight cards featuring famous landmarks from the Big Apple. Punch out favorite buildings, taxis, and other scenic elements of the city that never sleeps and arrange them into slots on the surface of the box. Or, punch out the included stands to display favorite New York icons wherever you like—playroom, desk, coffee table—you name it! This fun kit appeals to all lovers of New York City from ages 3 to 93!” [PUBLISHER’S WEBSITE]

I have not seen this, but it sounds like fun. As toddlers turn the page, take time to reproduce what you see in your NYC Skyline Playset. Each piece has an image on both sides, allowing you to  place the pieces in either direction; the Staten Island Ferry is in water. Popping out the individual pieces and then placing them in the skyline slots will improve a toddler’s eye-hand coordination and the ability to follow instructions. The playset becomes another avenue of learning New York icons and famous sights.

.
Illustrations from MY LITTLE CITIES: LONDON by Jennifer Adams copyright © 2017 by Greg Pizzoli. Used with permission from Chronicle Books.

Illustrations from MY LITTLE CITIES: NEW YORK by Jennifer Adams copyright © 2017 by Greg Pizzoli. Used with permission from Chronicle Books.

Don’t forget, WIN 6 BOOKS! now until end of April! – every comment is worth an entry to KLR’s 6th anniversary giveaway. Win 6 of the books reviewed here on KLR.  Enter daily. More information.